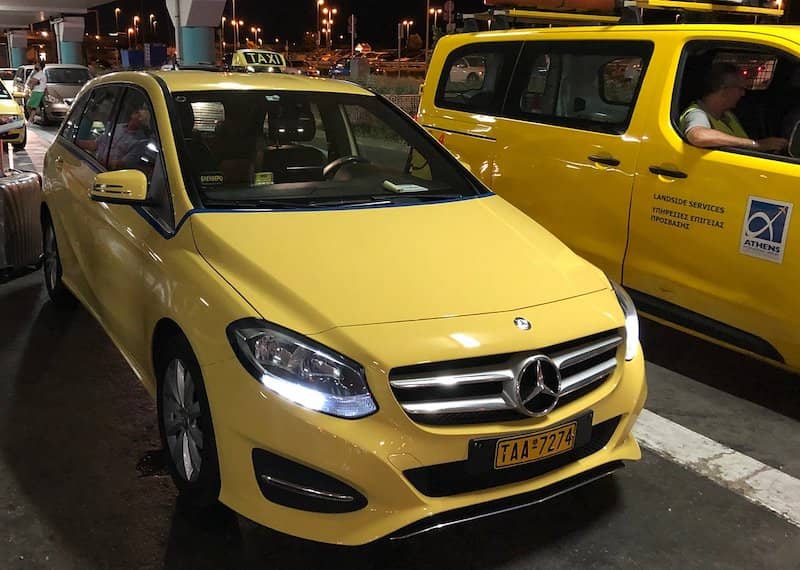 All The Information You’ll Need About Istanbul Airport (IST) Taxis

If you’re flying into Istanbul whether for a vacation or work, you’ll be using the recently constructed Istanbul Airport, also called by its International Civil Aviation Organization code of IST. The airport is situated roughly 33 miles (54 kilometers) from the center of Istanbul, which is the biggest city in the country of Turkey with more than 15 million residents.

It’s important to know that transportation options to and from Istanbul New Airport to the city are limited to rental cars, buses, private shuttles, and taxis. The Turkish government has plans to extend the nation’s railway network to direct connections with the airport in the future, but for now you will have to decide among the current options — and taxis can be a great choice.

When you take a taxi, you are assured a private ride by yourself or with your companions if you are traveling as a couple or in a group. And you will be driven from the airport directly to the door of whatever location you’re staying at in Istanbul, which means you don’t have to worry about the potential for public transportation to drop you far from your accommodation.

Traveling by taxi is also a great way to ensure the security of your luggage, because it will all be stored in the car in which you’re riding. This helps to further reduce your potential stress when making the journey either from Istanbul Airport to the city or back to the airport.

To find the Istanbul airport taxi pickup locations at the airport, after your flight has landed and you have collected your bags, look for the signs directing you to taxis, or ask an airport employee. There are taxi rank locations in both the domestic arrivals and departures area as well as the international arrivals and departures area, and they are all very easy to find.

“Istanbul Airport Taxis” is the sole company that provides taxis servicing Istanbul New Airport, and they are available 24 hours a day, seven days a week. That means even if your flight arrives very early in the morning or very late at night, you’ll still be able to get a taxi. You can either simply get a taxi upon arrival or book in advance by calling +90 533 252 00 36.

You will have to choose from three types of taxis that are available at the airport: orange or yellow “C” taxis, blue or turquoise “D” taxis, and black “E” taxis. Regardless of the type of taxi, each will have a sign on its roof that clearly identifies the vehicle as a taxi. Each has their own pros and cons, and your selection will depend on your specific budget and travel needs.

Fares for a one-way trip from Istanbul Airport to the city’s downtown area will cost you about 125 Turkish lira, but could cost more or less depending on your specific destination.

(average charge – all included by a Private Taxi) From Istanbul Airport IST.

Tips and tricks to avoid with Istanbul Airport taxis

One of the most important tips that you need to know about taking a taxi from Istanbul New Airport is that the traffic on the often long journey to the city can be very bad. Taxis operate on a metered basis, which means longer rides result in higher fares. This can also be a significant downside if you are in a hurry, although there are not that many other options for getting to Istanbul from the airport that provide such a good balance of cost and privacy.

Because taxis run on meters to and from Istanbul New Airport, the further your destination is from the airport, the greater fare you will pay. Unfortunately not all taxi drivers in Istanbul are reputable, and some will try to take you on an unnecessarily long route to your destination in the city because this has the effect of making the final fare much more expensive than it should be. It’s advisable to either print out or have details easily available on your smartphone that show the quickest route to your hotel or other destination in Istanbul and to give this to the driver, because it will make it much harder for them to try scamming you.

Taking a taxi in Istanbul can also be something nerve-wracking because not all of the drivers respect all of the rules of the road, but you might find that this is typically of many people on the road in Turkey, so it’s best to just accept this as part of the price of taking a taxi.

Another scam that some taxi drivers try to pull in Istanbul is to offer you a flat fare at the start of the ride, promising you that it will be much cheaper than running the meter for the journey. However, many people have reported that this is a scam because the flat fare you’ll get offered is generally significantly more expensive than what a metered ride would have cost.

You should always plan on carrying enough cash to pay for your taxi ride no matter the time, distance and cost. That’s because a limited number of drivers in the country have credit or debit card readers in their cars, and there is no legal requirement that they provide such a service. Just make sure you have a large enough amount of Turkish lira to cover your ride and any tip.

But note that if you decide to call to book in advance your taxi from Istanbul New Airport to the city, ask to pay by credit card because this will make the whole process much smoother.

And there is no legal duty for you to tip your driver, and indeed you might not want to in the event that they scammed you, or they were rude, got into an accident, or anything else seriously negative happened during your journey. But if your driver was polite and got you safely to your destination, you should consider tipping them with cash over just the final fare amount.

Are there multiple taxi companies operating at Istanbul Airport?

No. The only Istanbul airport taxi company that currently services the airport and takes passengers into the city and beyond is "Istanbul Airport Taxis", which can be reached at +90 533 252 00 36.

Do taxis to and from Istanbul Airport operate all day, every day?

Yes, regardless of the time that your flight might land or depart from the airport, you will be able to get a taxi 24 hours a day, seven days a week.

How can I find the location to get a taxi at Istanbul Airport?

Once you are ready to get your taxi, simply follow the signs for the taxi ranks that are available in both the domestic and international arrivals and departures areas.

What types of taxis are available from Istanbul Airport?

Orange or yellow “C” taxis are cheaper five-seat vehicles, blue or turquoise “D” cars have more space and comfort, and black “E” taxis are luxury cars such as limousines.

What’s the average fare from the airport into the center of Istanbul?

You can expect to pay roughly 125 Turkish lira for the journey from Istanbul Airport to the city center, although the fare might be higher or lower depending on your final destination.

Is it compulsory to tip taxi drivers in Istanbul?

No, you are under no legal obligation to give your taxi driver a tip. However, you should strongly consider tipping them if they give you a safe and comfortable ride to your destination.

How long will it take to get from Istanbul Airport to the city center?

The journey typically takes about an hour from beginning to end, although the ride might be much quicker or much longer depending on the time of day you travel and the traffic levels.

Can I pay with credit cards when using Istanbul taxis?

You can, but not many taxis that operate at Istanbul Airport have the ability to process credit or debit card payments, so it’s better to carry enough Turkish lira to pay for your fare.

Should I get in an unlicensed taxi if they offer a lower fare?

No, never take an unlicensed taxi from the airport. It could be a dangerous situation, and even if the driver is legitimate, if they get into an accident they might not be insured.