Istanbul has nearly 20,000 yellow taxis that move people around the city throughout the day. Compared to New York City, Istanbul has approximately 7,000 more yellow cabs. Istanbul taxis offer you the chance to move about the city with relative ease and comfort. Taxis journeys in Istanbul can be comfortable and quick.

An Istanbul taxis ride provides you with an air-conditioned break from the city’s hot summertime weather or a dry place during a rainstorm. You will enjoy a stress-free trip riding in one of the city’s many yellow taxis.

While there are advantages to using an Istanbul taxi, there are some disadvantages to the car service. Istanbul has horrendous traffic which can leave you stuck for long periods. In addition, there are unscrupulous taxi drives that scam tourists. 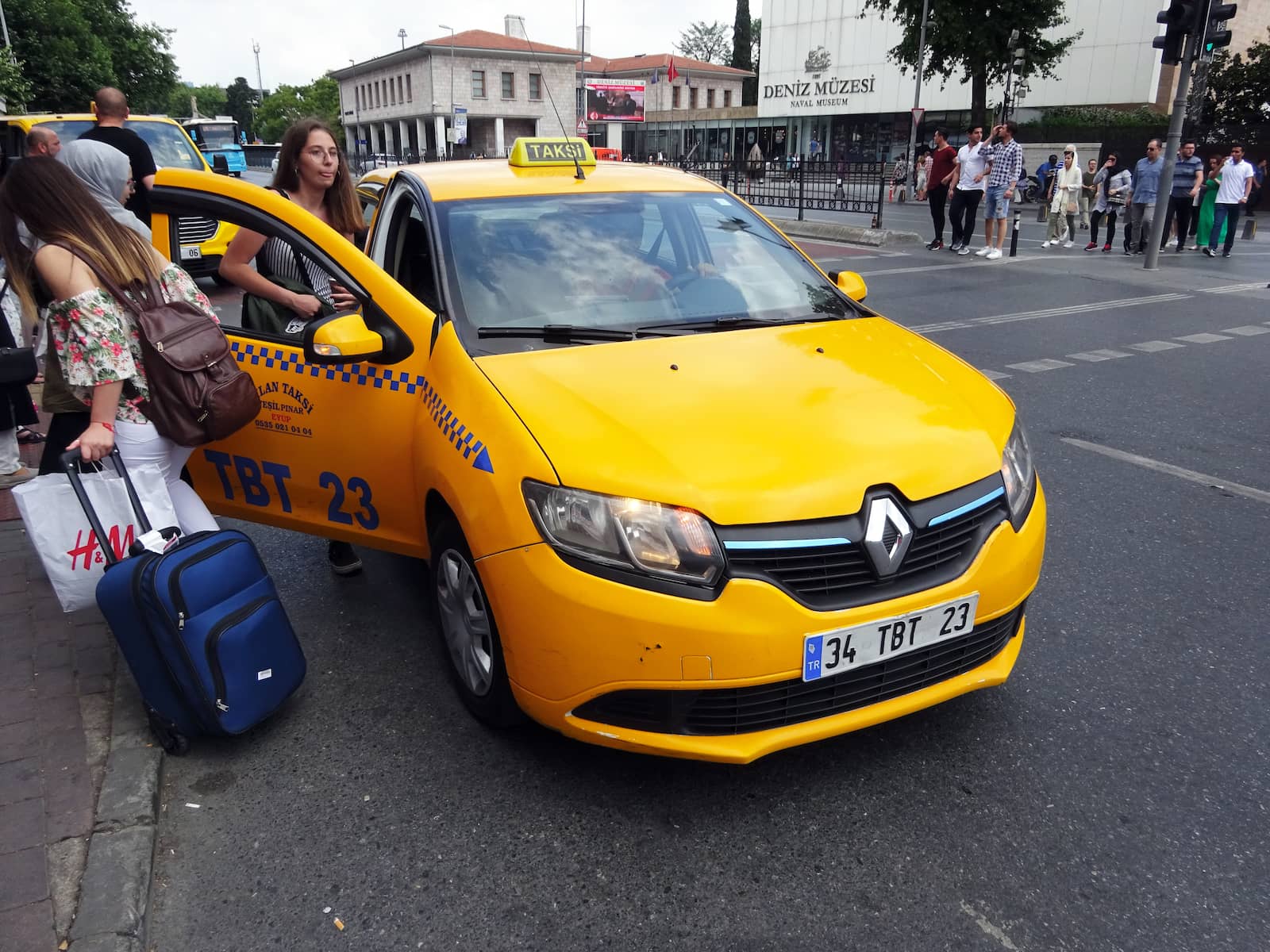 Traffic congestion is one of the biggest problems tourists face in Istanbul. The traffic around the city causes endless car lines. It is truly a nightmare if you want to get around the city at rush hour times. Every Istanbul taxi is metered. The fare you pay is based on the taxi’s meter which calculates the amount due based on the distance travelled and the journey’s duration.

Many tourists are forced to pay high fees and spend a good chunk of time on the streets stuck in traffic. In addition, Istanbul’s taxi drivers are well-known for overcharging tourists. Many travelers are scammed by drivers who seek to make more money due to being stuck in the congestion.

Of course, being stuck in traffic and overcharged by dodgy taxi drivers are not the rule in Istanbul. It doesn’t always occur and you may have an experience far different than this. Another issue you may find while riding in an Istanbul taxi is the driver’s careless driving. To be honest, most drivers in Istanbul drive rather carelessly.

What types of Istanbul taxis are available? 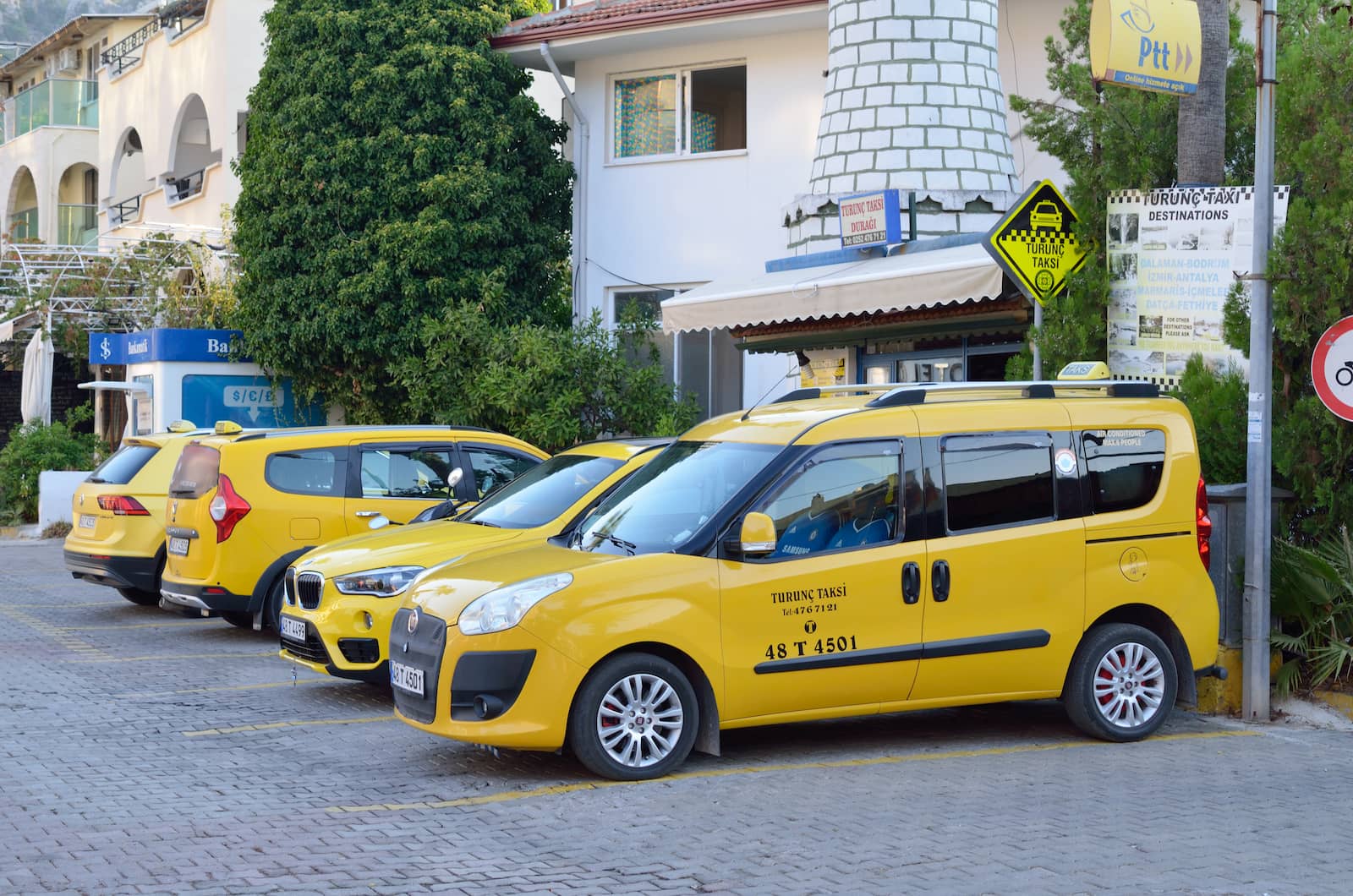 Taxis in Istanbul are separated into three categories: orange taxis, black, and blue/turquoise taxis. The most common taxis in Istanbul are yellow. They have a distinctive “TAXI” sign on the roof of the vehicle. The Yellow “C” taxis are economical cars, so you will ride in vehicles such as a Renault Clio and similar automobiles. The Yellow “C” Istanbul taxis can carry a maximum of four passengers and their luggage. Yellow taxis are the most popular options in Istanbul because they are cheap options.

The Black “E” taxis are the final type of Istanbul taxis. These cars provide more luxury to riders. Black taxis are expensive cars and you will likely ride in a Mercedes or similar vehicle. You will pay for the comfort offered as the price is twice as much as the Yellow taxis.

What is a typical Istanbul taxi fare?

The minimum cost of riding in an Istanbul taxi is 13₺ (€2 /$2.3). You should note that you will have to pay the fees for all tunnels and tolls during your journey. Keep this in mind when you cross from the European half of Istanbul to the Asian side.

Regardless of the time of day, you will pay the same fee for your Istanbul taxi journey. The city’s taxis no longer charge a nighttime rate and daytime rate. The biggest thing to remember when you using Istanbul taxis is that the final price is heavily affected by the amount of traffic in the city. Rush hour travel may force you to pay a higher fare.

What are the payment methods used by Istanbul taxis?

Cash is king in Istanbul. Despite many major cities around the world accepting credit card when you get into a taxi, you will need cash if you plan to use Istanbul taxis. It is common that taxi drivers in the city won’t have a credit card terminal in their car. Therefore, you will need to pay the fare with cash.
You should always pay your taxi fare with Turkish liras. Taxi drivers could scam you with the exchange rate when paying in euros, pounds, or dollars. If you book your taxi in advance, you may be able to pay with credit card.